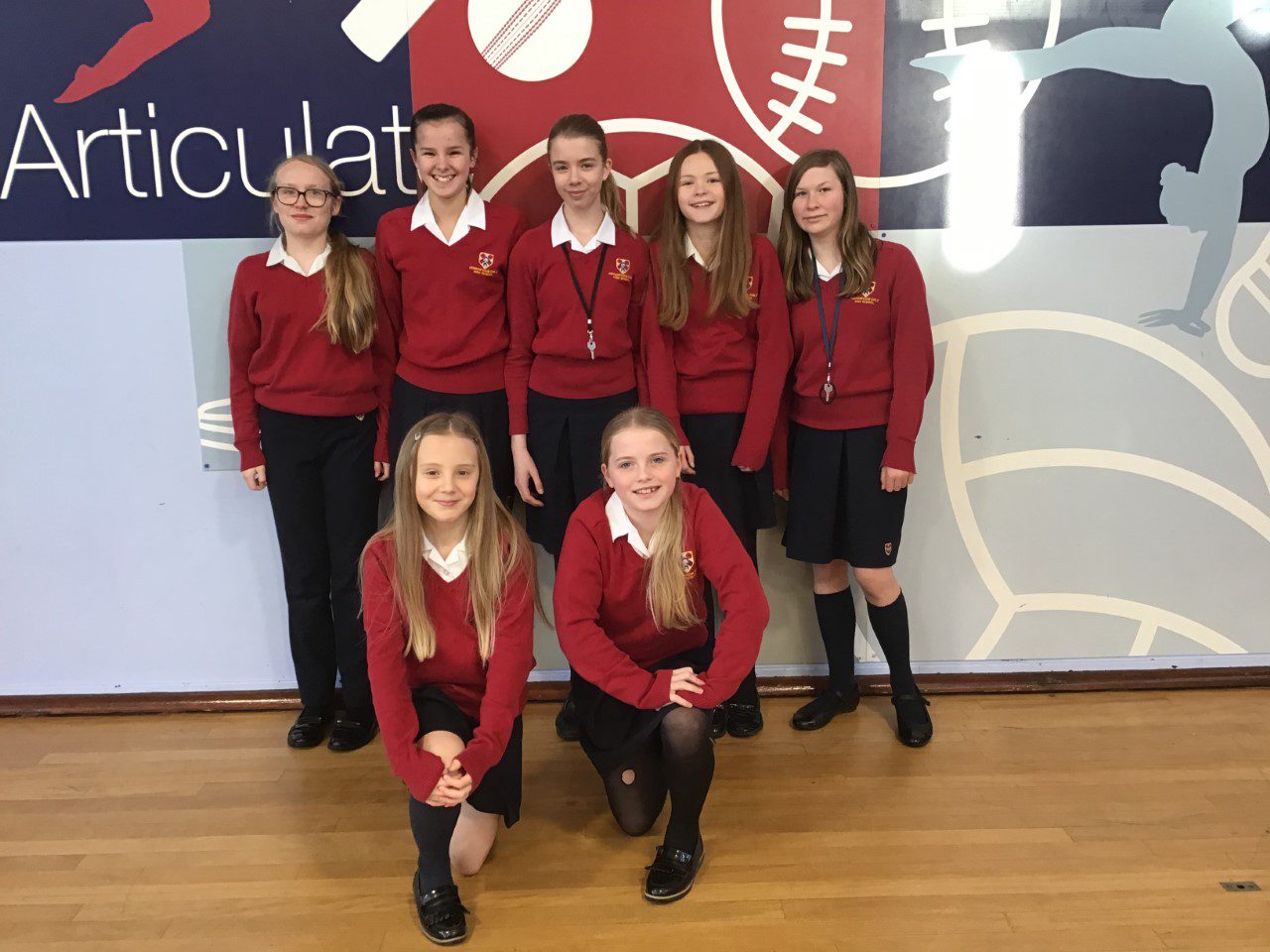 The PGHS future lionesses are undefeated again! A massive well done to our girls for once again showing an amazing team performance in the South Ribble five-a-side indoor football tournament. They won all their matches finishing top of the results table by 5 clear points. We didn’t concede a goal so the player of the tournament goes to our fantastically talented goalkeeper, Jessica L. The whole team performed exceptionally throughout with great sportsmanship. Well done to Chloe M, Lucie J, Georgia B, Sophia W, Phoebe B, Jessica L and Daisy L.

A massive congratulations to Lowri W, Year 7, who has been selected from one of 15 girls in her age group in the North West to be invited to a regional swim competition. She was selected from her results at the last North West Regional Championships.

Lowri is also a successful cricket player and has been selected to represent Lancashire as part of this years under 13s squad. Lowri took the  Captaincy for last year’s under 11s and was selected for the Emerging Player Programme (EPP), ranked number 3 in the North West.

This is a fantastic achievement for Lowri. Well done and good luck!

On behalf of the PE department, I would like to thank all students who have participated in our extra-curricular programme this term. We have had fantastic participation rates across all clubs and achieved some fantastic titles in competitions across South Ribble. We can’t wait to repeat our success in the New Year!

The last few weeks watching the World Cup has been really exciting with some fantastic play, excellent team work and some shock scores and exits to say the least.  Inspired by the World Cup, we would like to announce the KS3 PGHS Football Kit Competition. Design a football kit for our PGHS football teams and submit either a paper copy to the PE office or an online copy to Class Charts by Friday, 13th January. We can’t wait to see your designs and choose a winner. The winner will have their kit created for our football teams to wear during matches. Good luck! 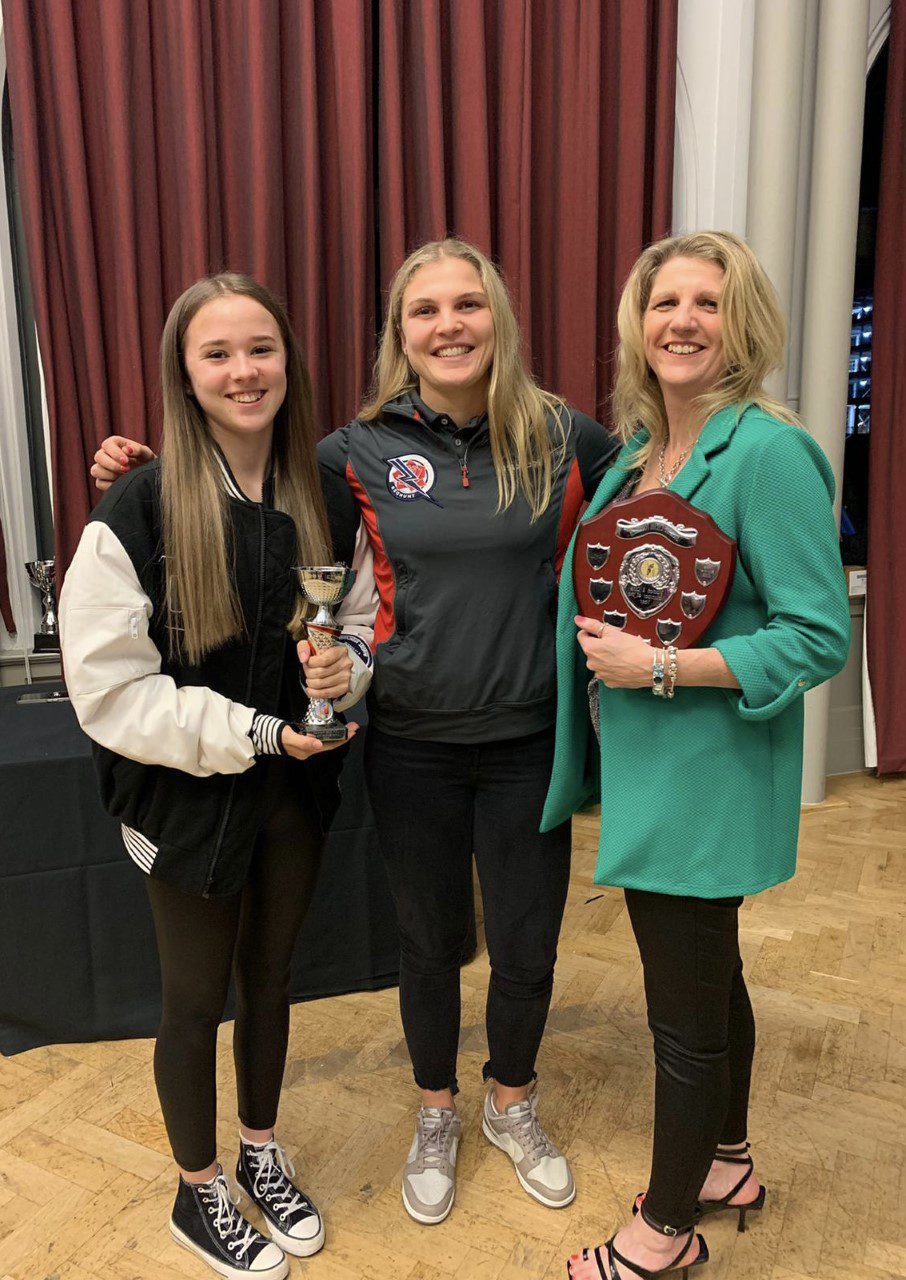 On Friday, 25th November, Lili F-R was invited to an awards evening held at Old Trafford in Manchester. The evening was to celebrate the increasing participation of women’s cricket where her coach was nominated for ‘Coach of the Year’. Lili was unaware, but she was nominated for ‘Most Improved Junior Softball Player of the Year’ and WON! We are so proud of the hard work and determination that you have put into your cricket training. It has certainly paid off! 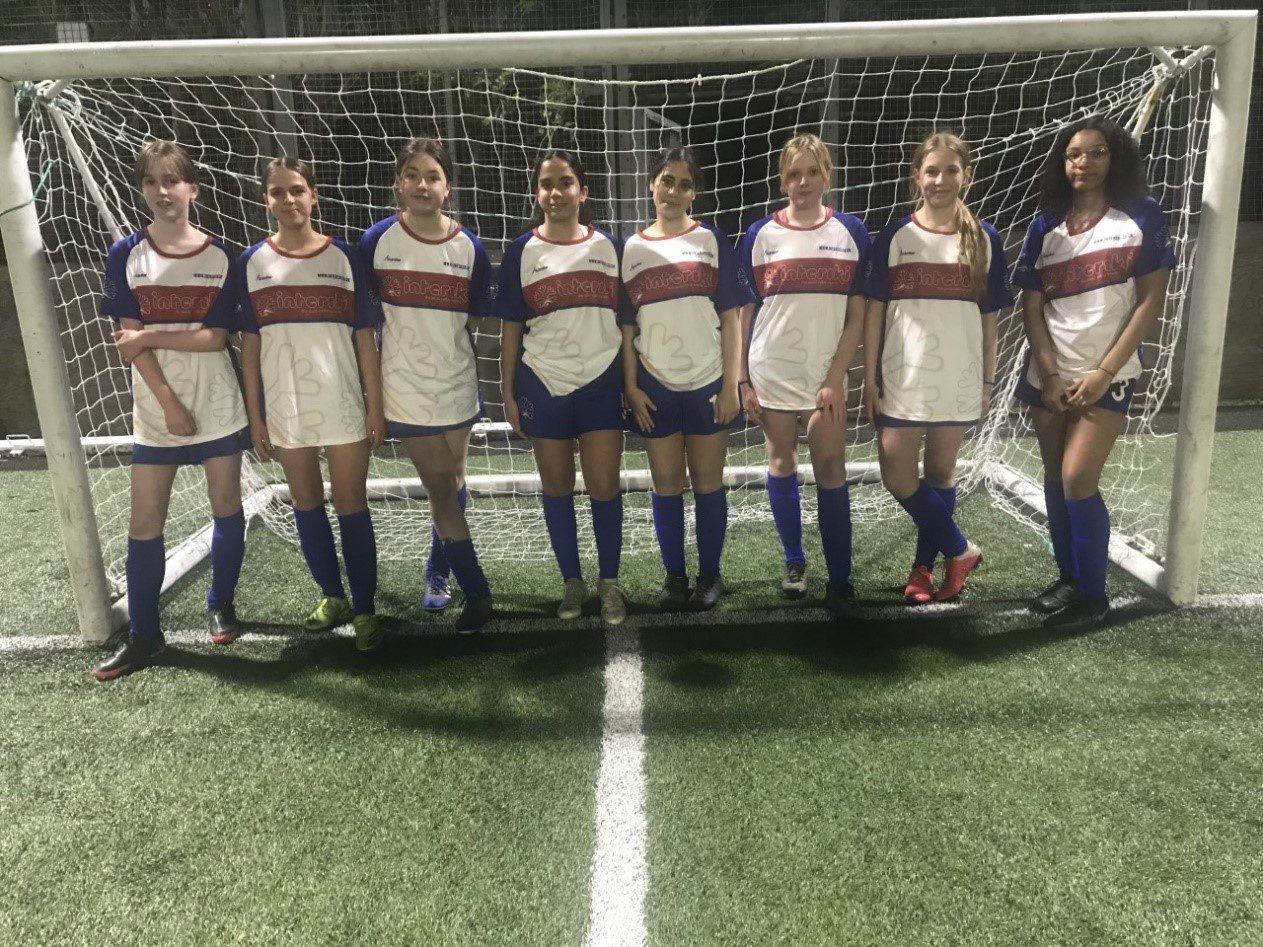 PGHS Lionesses were out in force at the end of November as they took part in the Years 7 and 8 and the Years 9 and 10 South Ribble Girls football competitions at Penwortham Priory Academy. Both teams performed amazingly on two very chilly evenings.

All the schools in South Ribble entered a team in this competition, meaning we had 10 games to play.

We also had a clean sheet and conceded no goals.

When the results were in, we were named ‘Champions of South Ribble’ and the girls were so pleased!

It was thoroughly deserved as they played so well throughout, with strong tackles, accurate passing and fantastic teamwork and sportsmanship! It was a true team performance with every player playing a strong part in the team’s success. A special shout out goes to amazing goal keeping from Jessica L and Daisy L for brilliant play in the midfield. Well done to the rest of the team – Chloe M, Lucie J, Amelia M, Georgia B, Sophia W, Phoebe B and Isabelle M. 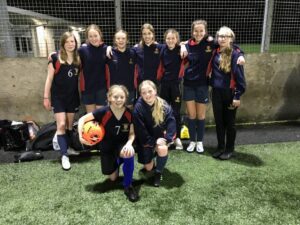 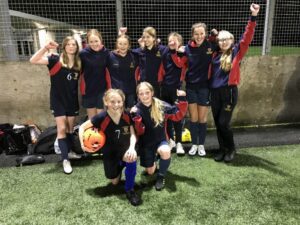 8 teams from South Ribble entered this competition, meaning we had 7 games to play.

We finished in 6th place.

The positioning does not reflect the effort and skill that the girls displayed throughout. They battled well and were unlucky to lose the games that they did as they only lost by 1 goal in each game. They never gave up and played with the same enthusiasm and commitment until the very end. Special shout outs to fantastic goal keeping from Neve H and Evie H for their goal scoring. Well done to the rest of the team – Zara H, Hanya A, Rachel Waites, Louji A, Chelsea D and Tess S. 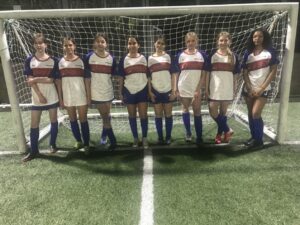 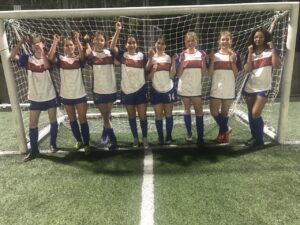 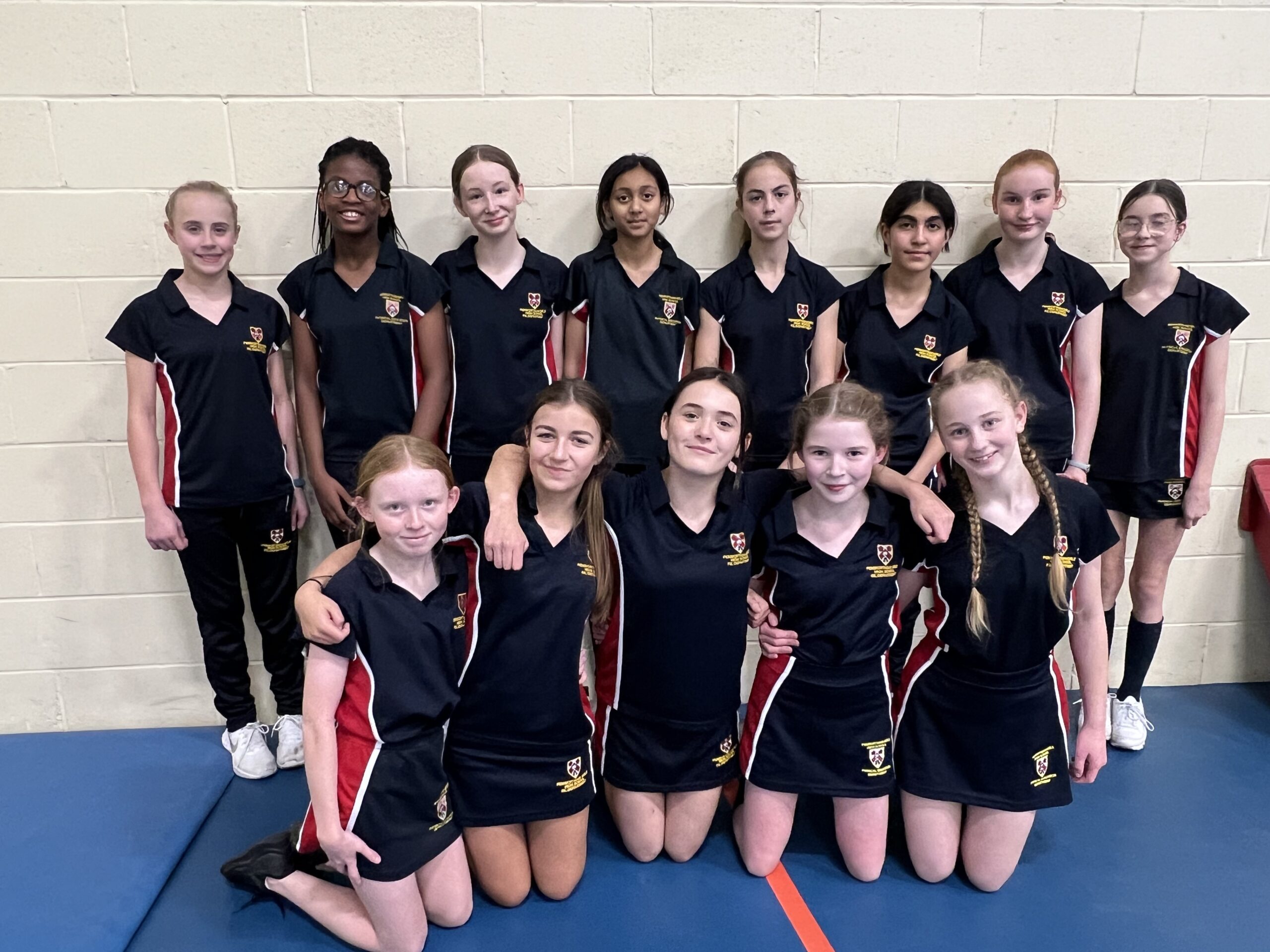 The evening was a great success with 9 South Ribble Schools competing.

Both PGHS teams performed exceptionally in many track and field events, with most students taking part in numerous events. Our girls demonstrated great determination and effort throughout, along with fantastic sportsmanship and team spirit. The level of skill and ability was extremely high and all their practice and hard work certainly paid off! Well done to all that took part – Esther I, Afsana A, Darcey W, Charlotte G, Phoebe M, Isabelle P, Jasmine H, Arina A, Imogen C, Chloe A, Savanah H, Marianna N and Evie R.

Year 7 finished in 2nd place overall and are through to the Lancashire finals to compete again early next year. 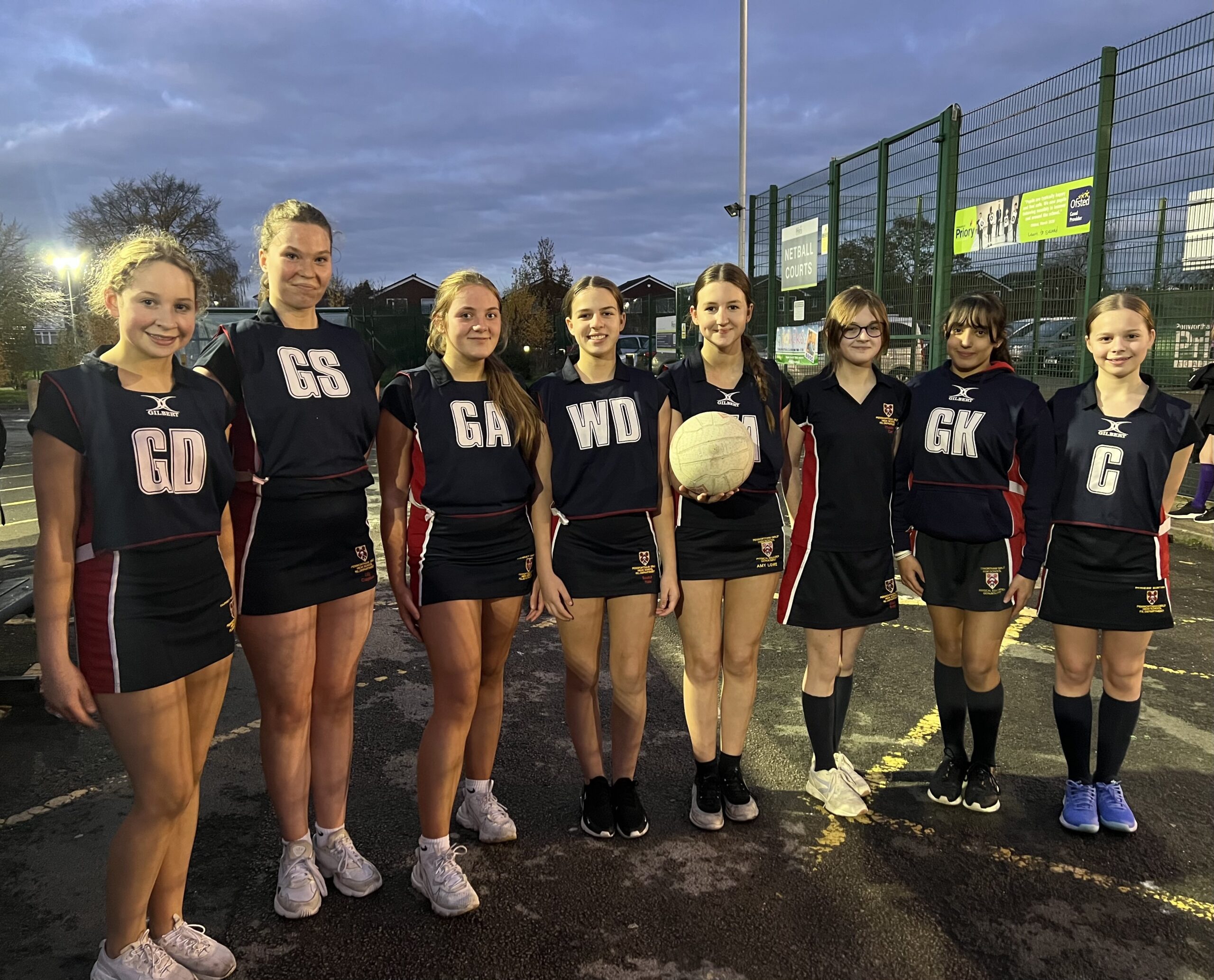 Congratulations to our Year 9, B team for a fantastic performance at the South Ribble Netball League on Tuesday evening at Priory. Our outstanding netballers played 3 consecutive games and secured 3 wins. PGHS 9B team scored 7-6 against Priory, 9-2 against Walton-Le-Dale and 5-2 against Wellfield. Well done, girls! What an incredible performance to watch! 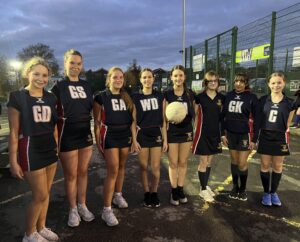 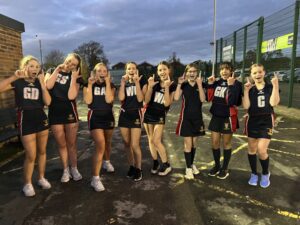 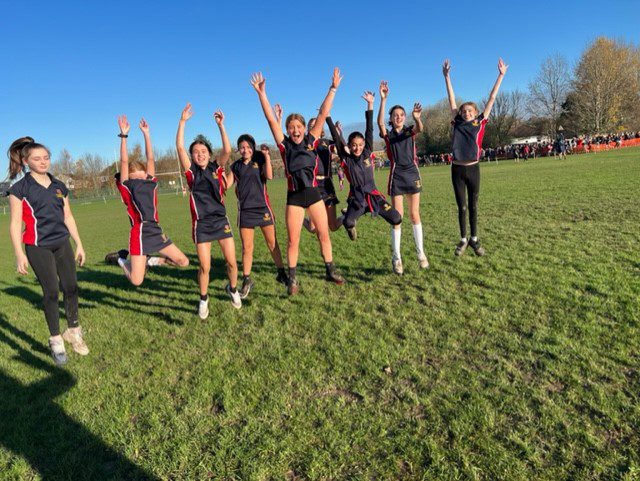 We had a team of 4 runners in Year 7 who performed really well for the first time in this competition. They got muddy but certainly enjoyed the warm sunshine.

In the Year 8 and 9 combined race, we had a team of 9. They all managed to complete the course of 2600m with enthusiasm and succeeded with the following results:

Well done, girls! You were amazing! We will continue practising at the club on Friday lunch time.

Congratulations to our Cross Country Teams for a fantastic result! 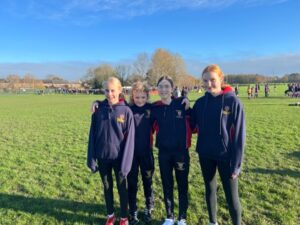 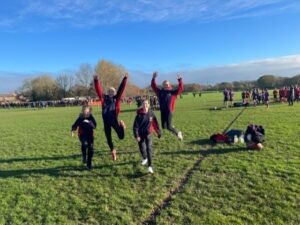 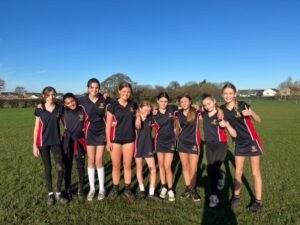 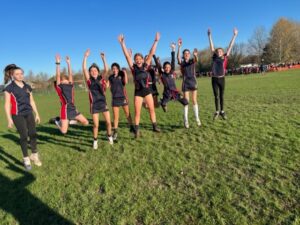