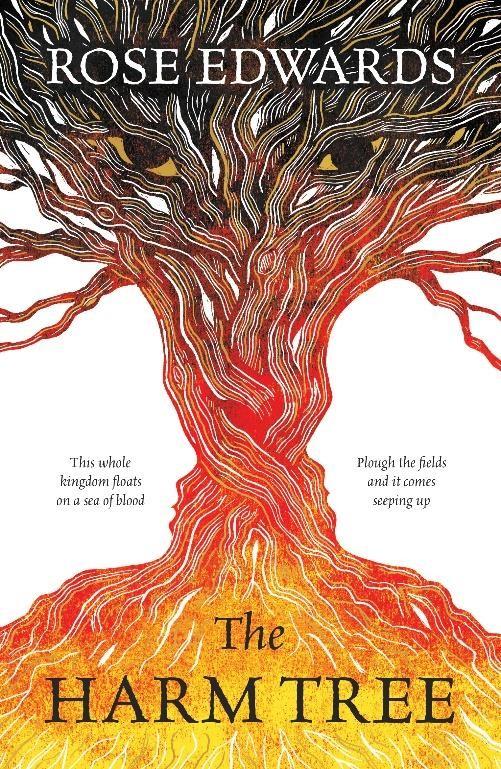 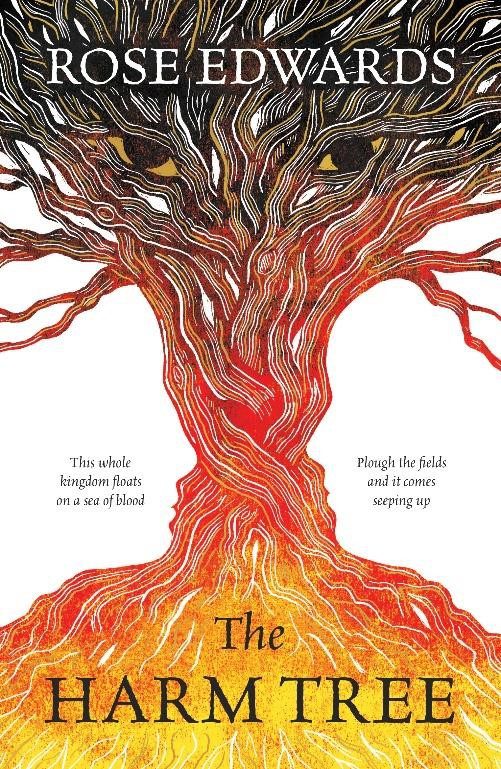 We have been working with UCLAN in our initiatives promoting reading and are delighted to be hosting visits from two authors who have been published through UCLAN’s publishing house.  The first visit, organised by Miss Starkie on the 1st October will be for Year 7 and 8.  We will be welcoming Rose Edwards to talk about her new novel “The Harm Tree”.  Rose has this to say about her novel: “I wrote ‘The Harm Tree’ for a lot of people. I wrote it for my younger self, who longed to see young women confronting the complexities of life. I wrote it for the students I’d taught, whose excitement for worlds beyond their own, peopled by characters they could aspire to be like, kept me going through dark days. I wrote it for people I’d never meet, who might need to know that growing up is hard but also exciting, loving and worth surviving.”

UCLAN publishing has offered our students a discount on the novel; it can be purchased via ParentPay and Rose will be available to sign copies during her visit. 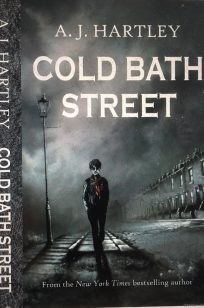 We are also looking forward to welcoming AJ Hartley back into school on 30th October (a suitably spooky date) to talk about his follow up novel to the award winning “Cold Bath Street” – a novel for slightly older readers set in Preston.  The New York Times bestselling author was born in Preston and the novels draw on local Lancashire legends and ghost stories.  Many of the areas around UCLAN and the city centre feature in the novel.  More details about this event will be sent out a little closer to the time and again, the novels will be available to buy on ParentPay at a discount. 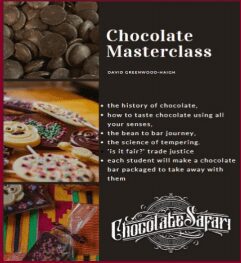 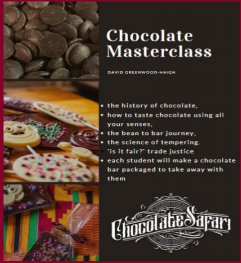 At the end of term, Food technology hosted a chocolate masterclass. Mrs Hall came down to join in and make her very own chocolate bar. The feedback from the girls was that the day was full of interesting knowledge and facts about their favourite food and they enjoyed the practical chocolate making and packaging workshop. 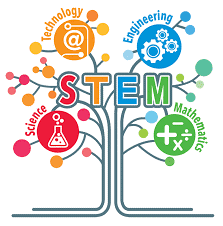 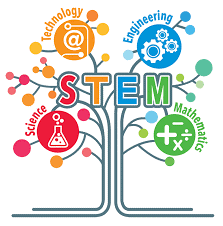 We are very excited to be launching our new STEM Club this year. STEM Club is a gathering of students that meet weekly to work on inquiry-based Science, Technology, Engineering and Maths (STEM) related activities. STEM is a powerful and enjoyable way to engage young people, who have a particular interest in these areas and who like to use their innovative and creative thinking to solve everyday problems. We hope that our STEM Club will ignite an interest in STEM subjects and provide a platform to extend young people’s learning. Most importantly, they are fun and exciting, allowing all involved to explore STEM subjects in innovative and inventive ways outside the curriculum. This year, we have some exciting opportunities coming up! We have a range of competitions, such as the Annual Rotary/BAE systems competition and the Tomorrow’s Engineers Robotics. We also take part in the IET (Institute of Engineering and Technology) Faraday challenge day, which we are fortunate to host here at PGHS on the 7th November. Within STEM Club, we will be solving a variety of problems and challenges to prepare us for these events, plus we hope to submit some students for a variety of CREST awards in order to recognise their hard work. For the first half term, STEM Club will be held on a Tuesday evening 3.30-4.30 in room 34/36, then changing to a Thursday to fit around staff training. We will be launching the new club in the coming weeks, so keep an eye on the student bulletin for a date. If you have any questions, feel free to come and see us.

This year sees the start of a new course in Creative Media Productions. The girls have settled into this course well and have been looking at a variety of media including film trailers, websites and magazines. They have learnt about a range of audiences and the purposes of the media. They are about to start the first piece of coursework based on this theory. The girls are keen to explore about how a film is made and cannot wait to start filming. I will of course keep you updated on their progress!

Year 11 have come back from the summer break confident and ready to tackle their final year of the course. There is a lot of work ahead of them, including 20 hours of NEA controlled assessment to complete but with the hard work and resilience the girls have shown all the way through year 10, I am confident that they will take this in their stride. The Year 10 girls have been learning the theory behind computers and programming and have started to look at algorithms, pseudocode and computational thinking. This has challenged the girls to think like a computer and to understand how computer programs are designed and then written. The girls have also been looking at their Python skills and have started to develop some working programs. A fantastic start to their GCSE. Keep it up girls! Remember revision guides and workbooks are available on ParentPay.

Year 7 students began Key Stage 3 Computing by learning about different aspects of online safety, including cyber-bullying, social networking and how to stay safe using this media. They will be learning about viruses and other dangers to technology, as well as learning about the digital footprint. This learning will end with the girls completing some group work to demonstrate their knowledge. The students will have to choose an aspect of online safety themselves and then create a number of products to make young people aware of the dangers. The teaching of online safety is crucial with young people. It is not about telling them to avoid social media and different technologies but to make them aware and to give them the skills to be able to keep both themselves and others safe. It is designed to give the pupils the knowledge about privacy settings and private accounts and to show them where they can go for help and support. Year 8 students are learning about internet searching techniques. They will explore a variety of research including primary and secondary, with the girls conducting their own primary research around the topic of aliens. The girls will be analysing their findings and then producing an information leaflet about aliens using a variety of sources. Year 9 students are learning about advanced publisher skills. They have conducted some secondary research around magazines and looked at the design of a variety of magazines and publications. They have reviewed these publications and are starting to generate ideas for their own magazine design. The girls are in the process of carrying out primary research into magazine designs and topics for magazines. The girls will analyse their findings and using this research, will start to design their own professional-looking magazine.

This term, our Year 10 students have started their GCSE coursework, looking at ‘everyday’ commonplace objects. Inspiration taken from artists Lisa Milroy, Jim Golden and John Whalley, have inspired a creation of still life compositions looking at balance, harmony and composition. Students have already begun to experiment with ISO, shutter speed and apertures settings, combining the different effects on their first group shoot. 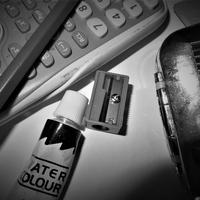 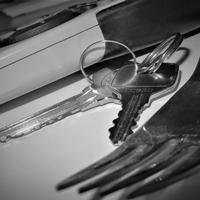 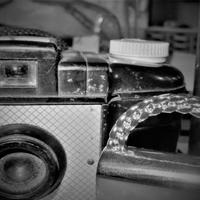 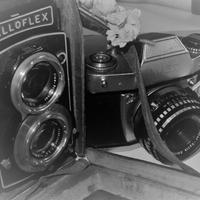 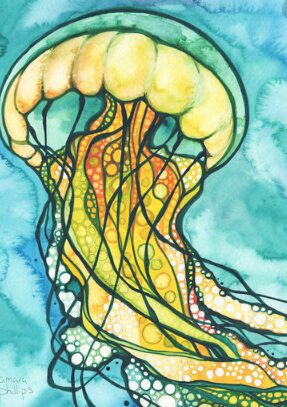 This term, our ‘Feature Artist’ is Tamara Phillips. She is a Canadian artist whose watercolour pieces are influenced by the raw beauty of the natural world. Some of our Year 11 GCSE Art & Design students have found inspiration for their current Extended Project work from her studies of sea life. In particular, looking closely at texture and colour, Phillip’s work has provided an excellent starting point for our investigations into various media. It is an exciting point in the course, where we explore many new ways of working. 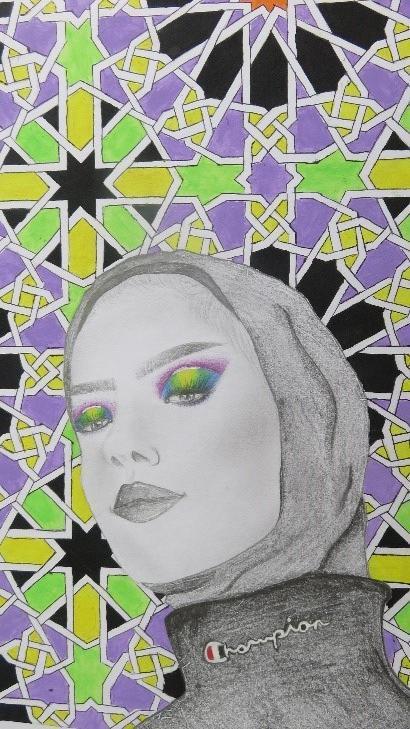 Following the success of last year’s GCSE Art & Design Exhibition, a number of students have been selected to have their work on permanent display throughout the school. Professionally printed, these large boards aim to celebrate those wonderful achievements. Anyone who missed the Year 11 Exhibition will have the opportunity see the full collection at our Open Evening. The Exhibition is to be held in the Dining Room on the 10th October 2019. 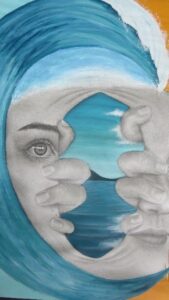 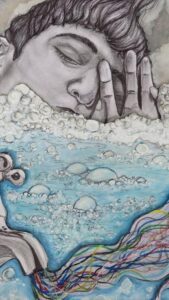 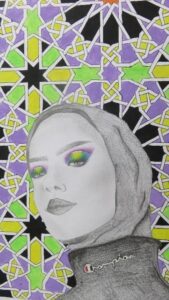 Penwortham Bypass has now been officially named as ‘John Horrocks Way’, after a leading figure from the town’s history.

Schools in Penwortham were invited during the summer term to ask their students to submit name suggestions for the new Penwortham Bypass.

A naming challenge was also run at Penwortham Girls’ High School during the Futures Days in July, as part of the Apprentice Factory Project.

The new name was suggested by Grace and Laura from Penwortham Girls’ High School. The students proposed naming the bypass after John Horrocks to remember his work and to educate people who are unaware of the role he played in development locally.

Born in 1768, John Horrocks was a key player in Lancashire’s textile revolution, owning several mills and employing thousands of people. John lived in Penwortham and represented Preston as MP. After his death in 1804, his company continued to operate, creating the Centenary Mill on New Hall Lane in Preston, which still stands today.

County Councillor Keith Iddon, cabinet member for highways and transport, said: “Lancashire is well-known around the world for its cotton mills, so it’s fitting that John Horrocks, who lived in Penwortham, will be remembered with our new road”.