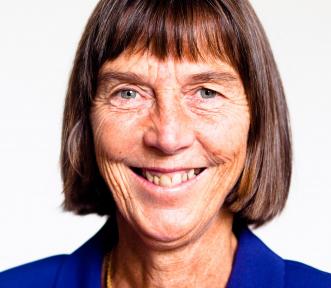 Sue’s background is in materials science/metallurgy. She gained a first class honours from Imperial College in 1976 and a PhD in 1979 before joining BNFL where she was Group Director of Technology 1992-2006. She was appointed Visiting Professor at Imperial College in 2006 and of London South Bank University in 2011 and was been a member of the Board of Governors at the University of Manchester from 2004 -2018 and Deputy Chair of the Board 2015-2018 . She has held an Honorary Professorship at the University of Central Lancashire since the beginning of 2007 and now serves on the Board of Governors.

Dame Sue has represented the UK on a number of international review and oversight committees for the nuclear sector including the Euratom Science and Technology Committee, which she Chaired until Brexit, and the US Department of Energy Nuclear Energy Advisory committee. She was the UK’s representative on the IAEA Standing Advisory Group on Nuclear Energy 2000-2006. Dame Sue was Vice President and Member of Council of the Royal Academy of Engineering between 2002 and 2008. She was the Royal Academy of Engineering’s representative on the UK Government’s Energy Research Partnership and now serves on its Ethics Committee. She is a Fellow of the Royal Society and Chairs the Science and industry Committee and is a member of other Royal Society committees.

A member of the University of Central Lancashire’s Board of Governors has joined the list of esteemed physicists to have received the highest honour that the Institute of Physics (IOP) can bestow.

Dame Sue Ion has been conferred with an Honorary Fellowship by the IOP for her internationally recognised expertise in energy and energy policy and tireless advocacy of the safe and efficient use of nuclear power for a better world.

In addition to her role on the UCLan Board, Dame Sue Ion is a British engineer and an expert advisor on the nuclear power industry. She represents the UK on the world stage, as well as helping to shape long-term energy strategy at home.

June 2022 – Dame Sue Ion has recently been awarded a GBE in the Jubilee honours. This is a Dame Grand Cross, the highest award you can get in the Order of the British Empire and it has only been given to 4 women in the last 50 years.