This year, as a school, we felt it is important to foster curiosity about the wider world, which we felt was especially important due to the considerable amount of time spent in lockdown. Specifically, we wanted students to appreciate what unites us globally as citizens and link this to the school’s core values.

This academic year, we have undertaken several projects with schools in France, Germany and Pakistan. The links with schools in France and Germany involved exchanging seasonal greeting cards with our partner schools. These cards included details of different cultural traditions and recipes around Christmas and Easter. Mrs Raine said, “The girls have embraced the letter exchanges with France and Germany and it has sparked their enthusiasm for learning languages. There is a real buzz in the classroom when letters or cards arrive. It has been a great way to use our language skills for a real purpose. Along with developing their cultural awareness, reading letters in English has also given our students an insight into what it is like for others to learn English as a foreign language. We hope to continue our links with the different schools and involve more students in the future.”

Additionally, we have worked with the Garrison Academy Girls’ school in Pakistan and exchanged assemblies and pupil work linked to our shared core values. We have focused on being curious, showing compassion and fostering social responsibility. We used both Empathy week and International Women’s Day as vehicles to drive this work. This has highlighted the experiences and challenges for young women in the UK and Pakistan and enhanced cultural understanding. Miss Wignall and the Geography department answered some questions sent by the school about the local areas and customs and in return, Garrison Academy helped us learn more about their country.

Mrs Sharon Hall Deputy Headteacher commented, “By working on the International Schools Award, we have taken the first step on a journey to enhance our students’ understanding of global citizenship. It has enhanced awareness of contrasting customs, promoted curiosity for other cultures and has shown the importance of tolerance and mutual respect. Girls have had the opportunity to make links with four schools across two different continents, gaining a fascinating insight into the wider world in the process.”“ 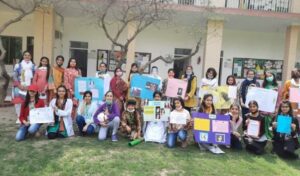 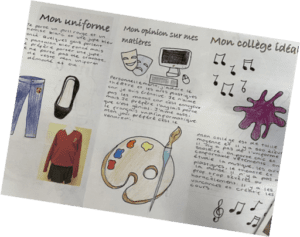 7G have been working on their ratio and proportion unit over the last few weeks. Here is one student’s view of their experience of the topic:

“Recently in Maths, we have been studying inverse and direct proportion. We started off with direct proportion which means as one variable increases, the other variable also increases. For example, if five hamburgers cost £2.30, how much does nine cost? This was quite easy to solve by using the unitary method where we found the cost of one burger first and then multiplied that by nine.

We did lots of practice of these and then we moved onto inverse proportion. This was more complicated because as one variable increases, the other decreases. We started off by looking at the following problem:

At first, lots of us thought this job would take twice as long but after we discussed it, we realised that it would actually take half of the time!

It has been interesting learning about inverse proportion as at first you think the answer is easy and you can quickly solve it.  However, a lot more thought is needed and it can be quite challenging!”

Here are some more examples of direct and inverse proportion work from 7G:

Can you solve this problem?

The Mathematics Department has recently linked up with the newly opened Lancaster University School of Mathematics, which is part of Cardinal Newman College. A number of Year 10 students are taking part in Mathematics revision sessions managed by LUSoM, who aim to encourage greater uptake of Mathematics at A-Level and university level. LUSoM have also arranged a set of online lectures from prominent figures in Mathematics which the pupils have been invited to take part in.

The first live lecture took place on Thursday 13th May and featured Dr Nira Chamberlain on “What is the point of Mathematics?”. Dr Chamberlain is a British mathematician based in Birmingham. In 2018, he was the Winner of the ‘Big Internet Math-Off title – World’s Most Interesting Mathematician’ and holds the title as the 5th Most Influential Black Person in the UK. He has also developed mathematical solutions within industries such as the defence, aerospace, automotive and energy sectors.

A summary of the events has been put together by our students:

“On Thursday, we had the opportunity to have a maths talk with the world’s most interesting mathematician, Dr Nira Chamberlain. He introduced himself and told us a little bit about his past experiences and his childhood.  One key thing he told us was, “If you dig deep into something, you will find that it starts with mathematics.” He then told us something about his childhood and how he wanted to be a mathematician but his teacher advised him that he would be a great boxer/wrestler.  That night, he went home and told his parents and they said, “No-one can stop you from becoming a great mathematician.”

On the call, we learnt about ‘The Random Walk’ and how this mathematical equation can be used in real life situations. The purpose of this probability theory is to determine the probable location of a point subject to random motions. The random walk can be used as an algorithm and determines the probability of an object’s location by repeating difference sequences of motions to cover all possible movement combinations.  Wherever there is the highest concentration of results, this is where the object is most likely to be. Dr Chamberlain used this in a real-life scenario of locating a crash site for a commercial airline. To this day, its location has not been found.

We then looked at the Gambler’s Ruin problem, which determines the probability of one person (out of two players) ending up with all the cards and winning, after a random process determines who passes a card onto another player in a competitive environment. This was later linked to the competition of an AI systems vs Humans and how without any interferences, AI systems will be the downfall of human businesses. We watched a simulation of how the rate of evolution of new businesses from existing businesses will slow down as AI becomes more prevalent. Dr Chamberlain then continued to tell us how this could potentially be solved, i.e. take profit from AI businesses and give them to humans so that they can continue to compete. Through this approach, the speed at which AI systems expands can be capped to never account for over half of the majority of total businesses.

Towards the end of the lecture, we looked in greater depth at his dissertation and how he could apply his simulation showing how a joint acted under a large impact to the technology in the film, Black Panther. This cinematic turn in events was gripping as it depicted how the suit used by the Black Panther can use his approach to turn science fiction into reality. It would be possible to create this suit as the kinetic force imparted onto one small area of the suit can be dispersed so that it is spread out over the whole body which weakens its impact/damage to any one area. This was an interesting use of mathematics that connects the world of science fiction concepts to real life applications.”

My thanks to Diljeet and Mya for their summary of the lecture.

There are two further lectures planned this term:

To register your interest and attendance at these events, please email hello@lusom.ac.uk

See this YouTube video for key parts of the lecture: https://www.youtube.com/watch?v=m45Z0sDyVo0

There have been two topics that I’ve really enjoyed teaching recently to Year 10:

Pythagoras’ theorem and trigonometry are used in calculations involving sides and angles of right-angled triangles. We have used this to show some interesting calculations, such as finding the height of Mount Everest and calculating the distance between the Earth and Moon and the Earth and the Sun.

When we have done calculations involving volumes of shapes, we have shown how ancient Egyptians managed to calculate the volumes of their pyramids so that they knew how much stone was needed to be dug up. We also performed experiments with cylinders (by placing water in a measuring tube) to discover the volume of cylinders and used this to show the relationship that there are indeed 1000cm3 in 1 Litre.

Here is an example of how we used this idea of volume of prisms to create an algebraic expression to describe this volume:

With the addition of Hegarty Maths to the Maths department, we are handing out rewards to those showing maximum effort into furthering their understanding. Below are the top 3 students for each year. Well done, girls you will be receiving a certificate in recognition of your achievements!

I would like to take the opportunity to say a massive ‘well done’ to Year 11 for the dedication and resilience they have shown towards their CAGs so far. You have worked so hard and the Maths team have been so impressed with your commitment and maturity during this challenging assessment season. Who knew what challenges we would have to face in this truly unique year?  You have shown yourselves to a be a truly unique year group! The obstacles you have faced throughout both Year 10 and 11 have made many of you more independent learners and I know that we have all developed a new skill set when it comes to remote learning. We would like to wish you all every success in the future. 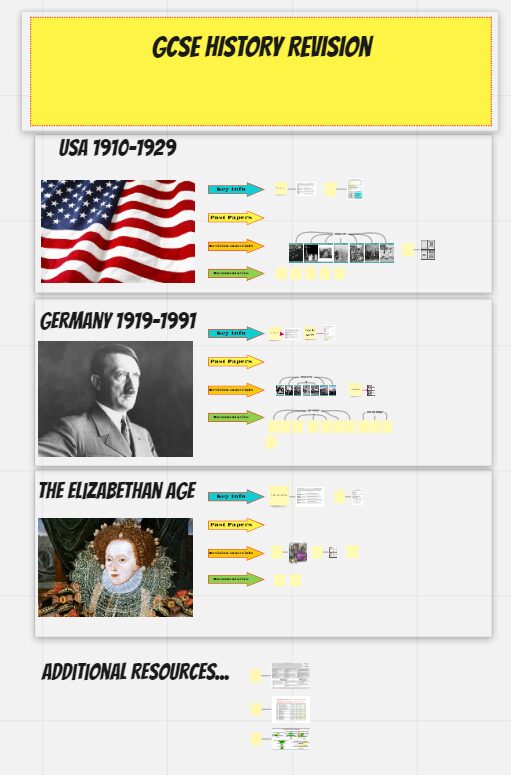 Year 11 students have been working hard preparing for their history assessments this half term. Having completed two of the three assessments scheduled, the finishing line is clearly in sight. However, the final assessment on Elizabethan England 1558-1603 will take place on Thursday 27th May, 3:30pm-4:45pm. To help prepare for this assessment, students can view a variety of revision resources here: https://tinyurl.com/288nzeey.

There are some important historical anniversaries taking place next month. Click on the links to find out more about each event!

8th June – The death of suffragette Emily Davison in 1913. (https://www.museumoflondon.org.uk/discover/malignant-suffragette-remembering-emily-wilding-davison)

Some superb work has been completed by students so far this half term. Year 8 students have been learning about the British Empire and the Transatlantic Slave Trade and Year 9 students have developed their understanding of the Holocaust and Arab-Israeli Conflict. Below are some examples of standout essays written by Vidhya P, Rebecca L and Lois F from 7H: 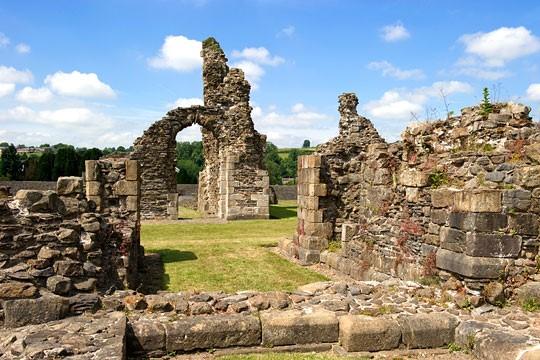 As restrictions have begun to lift, the History Department have started to plan the first of (hopefully) many visits to historic sites. In June, Year 7 students will be given the opportunity to visit the abbeys of Whalley and Sawley as part of their study of the Reformation. Students will be allowed to fully explore the ruined sites, using their imagination to reconstruct what life must have been like for the monks who lived there during the Middle Ages and the impact that their closure must have had on the local community during the reign of Henry VIII. Students will conduct a survey of the two historic sites to determine the purpose of the remaining structures and compare the size and influence each monastery had in the local area before the Reformation.