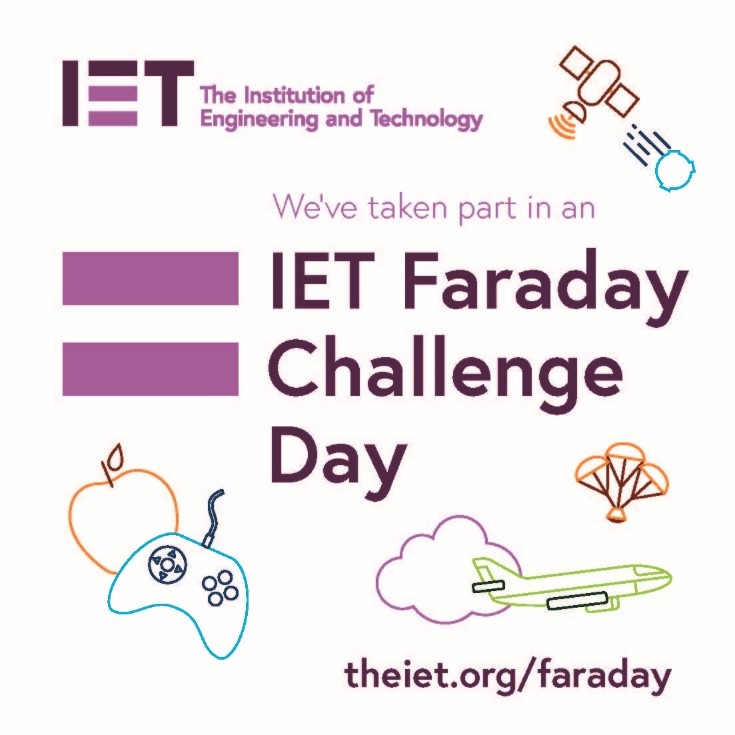 On Thursday 7th November, we hosted the Faraday Challenge here at Penwortham Girls’ for our students and 3 other local High Schools. The Faraday Challenge is run by the IET ( The institution of Engineering and Technology) and this year it was sponsered by Airbus. We entered 2 teams of Year 8 students and they had to work together to help solve one of the problems given to them by airbus.

Students worked as a team to come up with a creative solution and protoype, which they then had to present to all the other schools and the judge Mick, from the IET. The students did this professionally and with confidence.  This was then followed by a series of questions which resembled those from Dragon’s Den!  Both teams handled this well and were able to work as a team to represent the school impeccably.

I am pleased to say that one of the teams from PGHS (Team 2) , won the competition.  The team were awarded a trophy and each member of the team received a gift voucher. They were congratulated on their innovative idea and the way in which they worked as a team to solve the problem. Fingers crossed that we go through to the next round which is later in the Summer term.

Well done to all the girls who took part – it was a great day!