Earlier this term, over the course of two days, all of our year 7 students had the opportunity to spend the day visiting two impressive historical sites located in our area. In the morning, students visited Sawley Abbey, which has been ruined since its dissolution under Henry VIII in 1536. The monastery was founded in the 12th century and students conducted a full site survey, discovering the location and function of each of the rooms. This complemented the students’ classroom study of monastic life during the Middle Ages. The students were then treated to a play in the grounds of the abbey, performed by our students, which charted the significant moments in the monastery’s history., This included its founding in 1149, the arrival of the Black Death in 1348 and its eventual dissolution. Using props and costumes, the students gave a lively and entertaining performance!

In the afternoon, the students made the short journey to Clitheroe Castle. Here, they were divided into groups and attended four workshops on castles and castle life, led by the museum staff. The students participated in medieval games such as quoits (a primitive version of badminton) and a medieval board game. They enjoyed an engaging practical demonstration from a blacksmith who quickly made a nail and an arrowhead. In the keep was a very memorable talk by a knight in armour, who allowed the students to wear medieval helmets and wield swords. The final workshop was led by a cook who showed the students the duties of a castle servant and the different types of food that the lord of the castle would have eaten. The finale of the day was a fight between two knights in different types of armour and the blasting of the castle cannon.  The students had a fantastic time learning about medieval history in both Sawley and Clitheroe and conducted themselves superbly during the trip. I would like to thank the staff who volunteered to help supervise the students on the trip and become honorary members of the history department for the day!

Curriculum Leader for the History Department 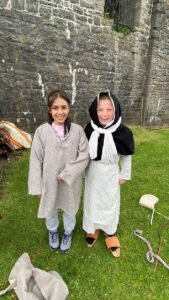 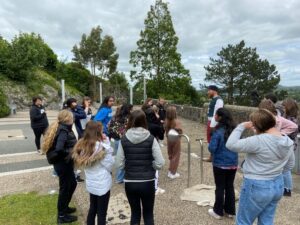 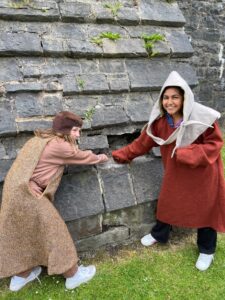 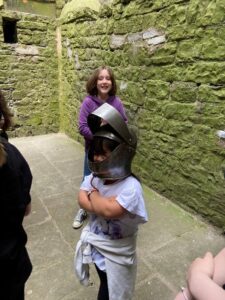 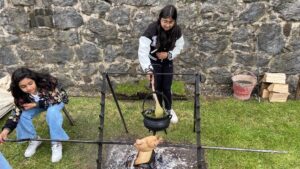 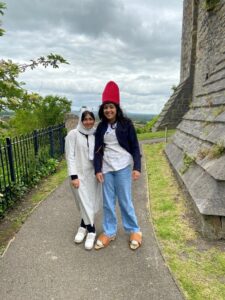 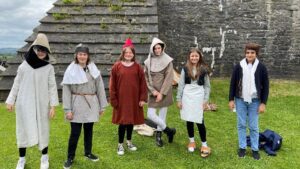