As part of their learning journey, students in Year 7 and Year 8 have been taught about calculating with negative numbers using double sided counters. These manipulatives have been really helpful in making this topic visual and interactive, so the pupils understand how, and more importantly, why we arrive to a particular answer.

Pupils were first introduced to the concept of a ‘zero pair’, which is a pair of numbers than when added, equal zero. For example, we have that 1+ (-1) = 0.

Here is a comment from some of the pupils:

‘When I first saw the questions, it looked really hard at first because of all the negatives and positives- it was very confusing! After using the counters, it helped me visually see the calculation I was completing, making it a lot easier to understand.’ (Year 7 student)

‘I have seen calculating negative numbers before in Year 7, but I found it really hard. After seeing the topic again with counters, it has been much easier to understand, I can use the counters in lessons to help me understand how to add and subtract negative numbers.’ (Year 8 student) 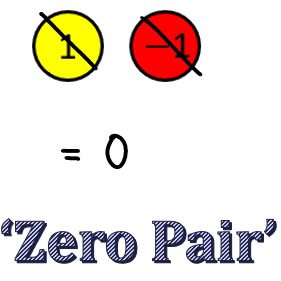 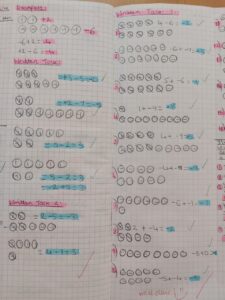 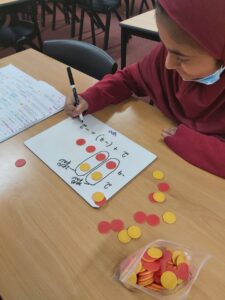