Where can Mathematics Appear?

Cryptography is the study of hiding information and has links within mathematics.

The Roman Empire used a method of transpositions. This is where they swap one letter for another letter in a consistent way so that the message can be read (decrypted) by the receiver.  For example, I could change each letter in a message with the letter before it in the alphabet.

Being able to relay messages from one another whilst keeping the message secret, gave certain countries an advantage over their neighbouring countries. During the second world war, the Nazis invented an enigma machine that had a total of 158,962,555,217,826,360,000 different settings (one hundred and fifty-eight quintillion)! Being able to decrypt these messages was critical for having success in the war. 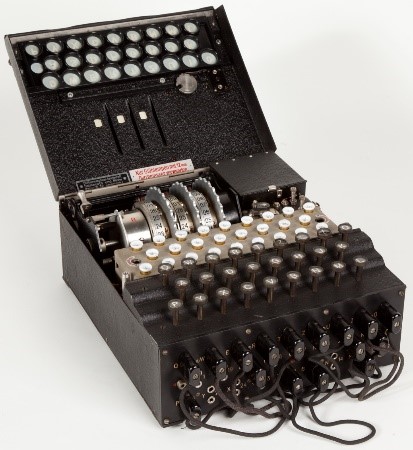 Today, we use encryption every time we open the internet. We can send messages to one another without the messages being intercepted. The processs that encrypts information on the internet is called ‘Public Key Cryptography’ and was only created in the year 1970. They used the idea that if I multiply two prime numbers together, the product will only have 4 factors (one each of the two prime numbers and the product of the primes). Therefore, there are only two numbers smaller than the product that can divde it. For example, 17×19=323. The only numbers that can  divide this number to leave an integer are 17 and 19. The reason this encryption works, is because of how difficult it is to find large prime numbers. The Great Internet Mersenne Prime Search (GIMPS) has discovered the largest known prime number, 277,232,917-1, having 23,249,425 digits.