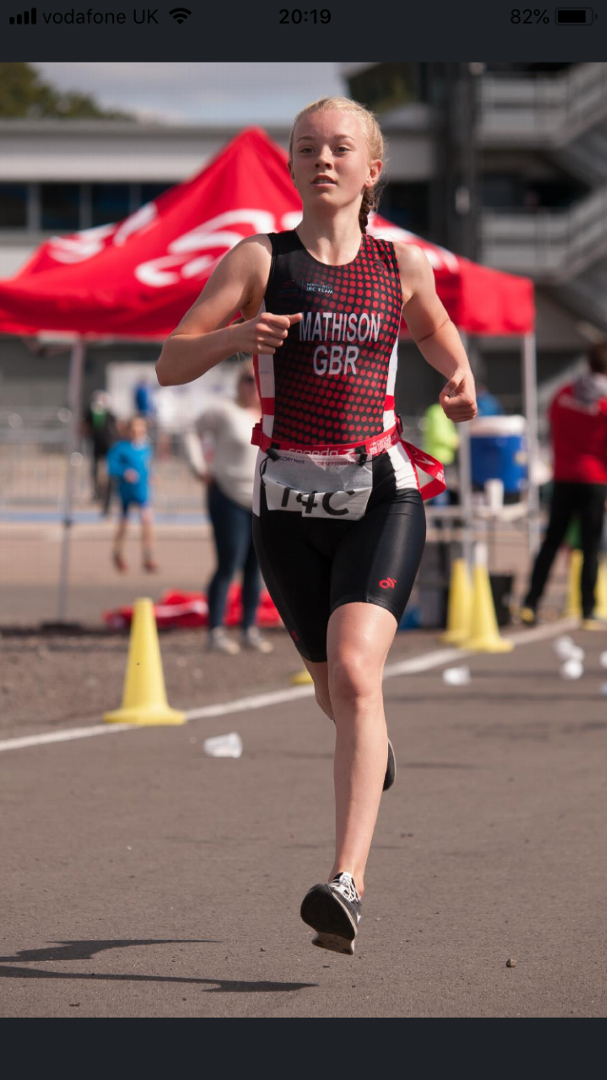 Katie M in Year 10 has been training extremely hard which is most certainly paying off! Katie was selected to represent the North West at the British Triathlon under 20’s big weekend in Mallory Park this September. Only three athletes were selected to compete for each age category. Katie competed against the best triathletes from all over the UK and finished in 12th position.  She was the first finisher for the North West.

Katie will also hopefully finish the North West series in first place. This has paved the way for her competing in the National Super Series next season. Fantastic news for Katie!  We wish you the best of luck in your upcoming season.