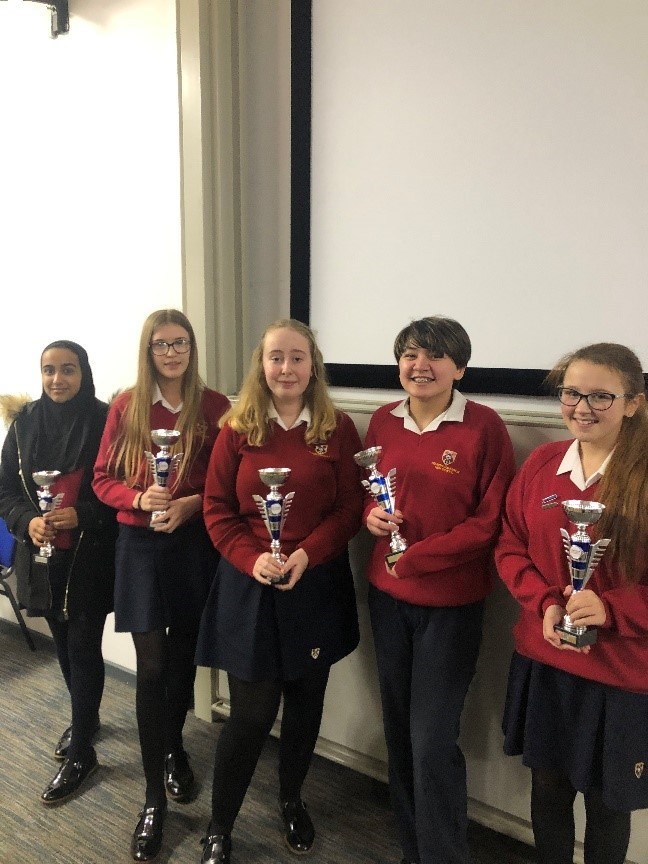 Before half term, a small number of Year 10 students were invited to Runshaw college, to participate in the Krypton Factor challenge. The students had to complete 3 different challenges against other schools.

The first challenge was a Biological challenge. The students had to work out the time of death for a body that had been found in the college using maggots to determine this. The students measured the lengths of different maggots, working out an average length and cross referencing this with a list of data. The students determined that the body had died 36 hours previously, based on the age of the maggots. For a bit of fun, the students then raced the maggots on a specially designed track. They used different techniques to attract the maggots towards the finish line.

The second challenge was called ‘CSI:Cretaceous’, involving Chemistry and Geology. The students had to use a variety of information to become forensic palaeontologists. They had 6 suspects and they had to figure out which dinosaur was responsible for the murder of another dinosaur.  The challenge involved analysing different rock samples, looking at different fossil samples and their track marks. The different analysis techniques eliminated a suspect until only one remained.

The final challenge was a Physics challenge. They had to decode messages using the periodic table and asked a series of questions to uncover the hidden message.

The students were highly commended by the Runshaw staff and as a result, won the challenge out of 15 schools and were presented with the Runshaw Cup!  Excellent work, girls!