Should we save the Northern White Rhino? 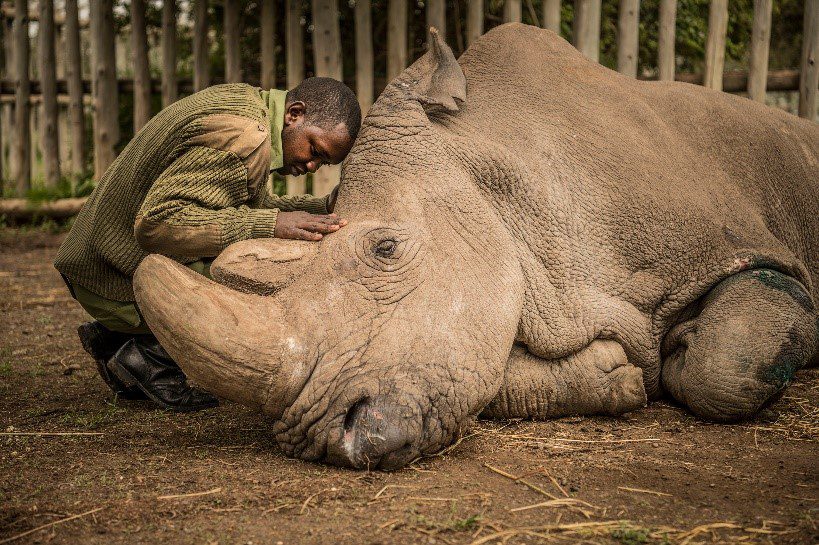 Sudan (right) was the last male Northern White Rhino. He died in 2018 and this effectively made the species extinct.

“His death is a cruel symbol of human disregard for nature and it saddened everyone who knew him,”

said Jan Stejskal, an official at Dvur Kralove Zoo in the Czech Republic, where Sudan had lived until 2009. He now leaves behind the last 2 white rhinos, his daughter and granddaughter.

As there are no male white rhinos left, it is impossible for any more rhinos to be born. Or is it?

Sperm cells were harvested before Sudan died, as well as egg cells from the remaining females. With advances in modern technologies, IVF scientists have the ability to create some embryos and effectively save the species but should be do it? Using modern Science to save the white rhino, raises moral and ethical issues that have been hotly anticipated for the last 3 years since Sudan’s death. It also raises the possibilities of inbreeding as we would be fusing cells of a granddaughter and grandfather.

All of Year 7 were tasked with reading some articles about Sudan and the plans that could be put in place to produce some new embryos. They then had to use some reading and evaluative techniques to decide if they thought we should use IVF to save the Northern White Rhino. This led to some great debates with students on either side. To finish, they had to complete an extended answer question, “Evaluate the use of IVF to save the Northern White Rhino.” They all rose to the challenge and produced some excellent work that they should all be proud of!