Last week, students from our school took part in a number of Remembrance events in the local area. The Head Girl and Deputy Head Girl, Olivia and Lola, laid wreaths at Penwortham War Memorial on behalf of the school on Armistice Day and on Remembrance Sunday. At the Remembrance Sunday service, they also read the names of those soldiers from the local area who lost their lives during the First World War. It was fantastic to see so many students from school at the event, whether they were representing other organisations such as the Scouts, or those who had come with their families. In school, the Year 7 charity council have raised money for the British Legion by selling poppies, and assemblies focussed on the local men who fought and died during the First World War. Students who belong to services and scouting groups wore their uniforms in school and at 11am on Armistice Day, a two-minute silence was observed by all in school. This was followed by a recital of the Reveille by Mrs Little on the trumpet. 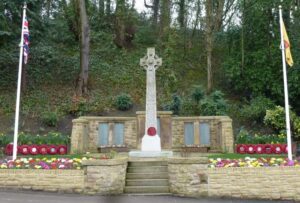 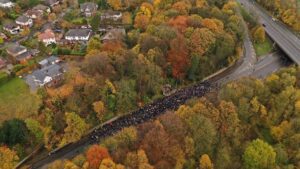