Remembrance Visit to Belgium and France

42 Year 8 and 9 students have recently returned from a very memorable and poignant Remembrance weekend visit to Belgium and France. Students set off from school at 10pm on Thursday 7th November and made the overnight journey to Albert, France, via the Dover to Calais ferry crossing. The students visited the Vimy Ridge Memorial, Thiepval, Lochnagar Crater and Newfoundland Park, enriching their understanding of trench warfare and the battlefields of the First World War. Students developed their knowledge of the first day of the Battle of the Somme and visited the gravestones and memorials of local soldiers that they had researched.

The following day, the tour continued to Ypres, Belgium, with students visiting the site of the Christmas Truce in 1914. This was followed by a visit to the muddy preserved trenches at Sanctuary Wood and the Advanced Dressing Station at Essex Farm. It was at Tyne Cot that the scale of the British losses during the Battle of Passchendaele really sank in as students walked amongst the 11,000 headstones, many of which have no inscription. It was a particularly emotional and poignant visit for Year 9 student, Leah B.  She had researched her great, great uncle’s contribution during the First World War and his name was one of those etched onto the Tyne Cot memorial. In the evening, the students took part in the Last Post Ceremony at the Menin Gate, with Ruby R and Olivia S laying wreaths on behalf of the school and the Friends of Penwortham War Memorial.

On Sunday, students travelled to the magnificent medieval city of Bruges, where they had an entertaining visit to the Chocolate Museum as well as the Medieval Torture Museum! Students were also given free time to explore the city centre, with many taking the opportunity to purchase Belgium’s world famous chocolate! In the evening, a game of ten pin bowling was enjoyed by all in the hotel, with Olivia S achieving the highest score of the evening. The following day, students made the long journey back to Penwortham, arriving at school at 7pm.

Throughout the duration of the visit, the students represented the school magnificently, impressing hotel and ferry staff with their maturity and behaviour. They were a real credit to their families and school. I would like to thank the staff members who gave up considerable time to help supervise the trip: Mrs Woodhouse, Mrs Snowdon, Mr Bowles and Mr Bretherton. 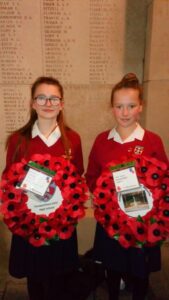 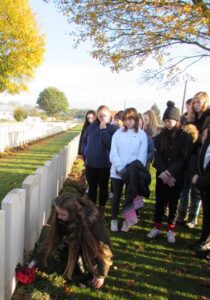 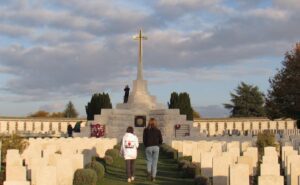 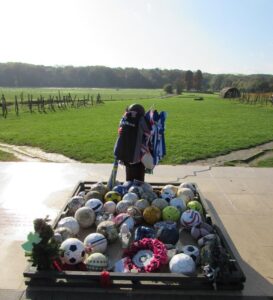 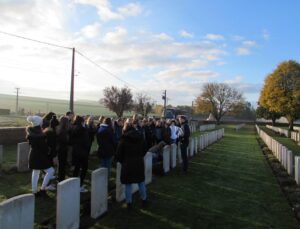