On This Day in Science

March 03: French physicist Henri Becquerel announced the discovery of radioactivity on this day in 1896.

Becquerel discovered that potassium uranium sulfate crystals can produce images on photographic plates even when kept in the dark. He deduced that the crystals must spontaneously emit radiation, which earned him the Nobel Prize in Physics in 1903, along with Marie Curie.

March 06: Soviet cosmonaut Valentina Tereshkova was born on this day in 1937.

She is the first and youngest woman to have flown in space with a solo mission on the Vostok 6 on 16 June 1963. She orbited the Earth 48 times, spent almost three days in space and remains the only woman to have been on a solo space mission.

March 06: Dmitri Mendeleev’s Periodic Table was announced to the Russian Physicochemical Society on this day in 1869.  Although this was not the first attempt to systematically order the chemical elements, Mendeleev’s table was unique, allowing him to predict undiscovered elements, as well as revealing inaccuracies in some of the measured atomic weights.

March 07: Ernest Rutherford announced the concept of the atomic nucleus on this day in 1911.

The New Zealand chemist explained that when firing alpha particles at a thin sheet of gold, some particles bounced back. From this he deduced an atom has a hard, dense, positively charged centre: the nucleus.

March 09: English palaeontologist Mary Anning died on this day in 1847.

At the age of 12, Mary discovered the first complete fossil of a dinosaur. Anning spent all her life searching the beaches of Lyme Regis (on what is now known as the Jurassic Coast) for fossils, making further discoveries such as a complete long-necked Plesiosaurus skeleton and the Pterodactylus.

March 11: Scottish biologist Alexander Fleming died on this day in 1955.

He discovered the antibiotic penicillin, which was the first of many antibiotic drugs that successfully treated a variety of bacterial diseases. This discovery earned him part of the Nobel Prize in Physiology or Medicine in 1945, shared with Ernst Chain and Howard Florey.

March 16: German-born British astronomer Caroline Herschel was born on this day in 1750.

She was the first woman to discover a comet, and in recognition for her work, was employed by King George III in 1787 working as her brother William Herschel’s assistant, making her the first woman to be paid for scientific work.

He wrote to the president of the Royal Society detailing his invention, which was initially called the ‘electric pile’. The battery consisted of alternating copper (Cu) and zinc (Zn) discs, connected by pieces of leather or card soaked in salt water.

March 31: German chemist Robert Bunsen was born on this day in 1811.

The exact date of Bunsen’s birth is disputed and some sources claim he was born on March 30. It is thought that Bunsen himself celebrated his birthday on 31 March in his later years. Bunsen pioneered spectroscopy using his famous invention of the Bunsen burner to produce the clean flame necessary to heat substances and measure the wavelengths of light they emit. Using this method, Bunsen discovered caesium (Cs) and rubidium (Rb). 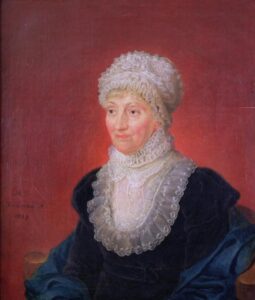 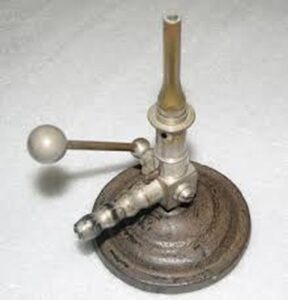 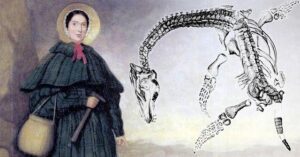 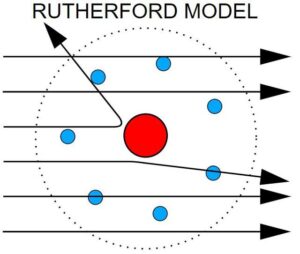 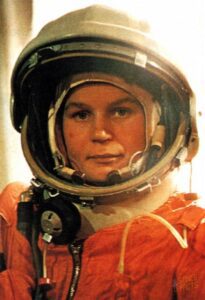 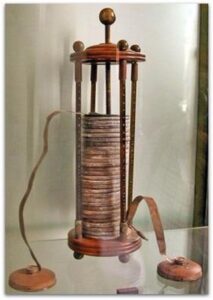 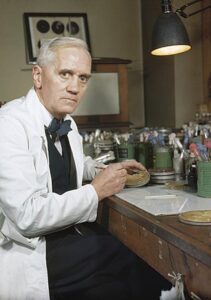 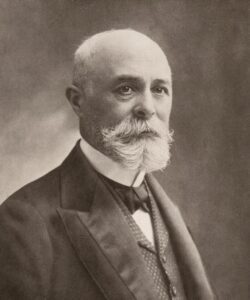