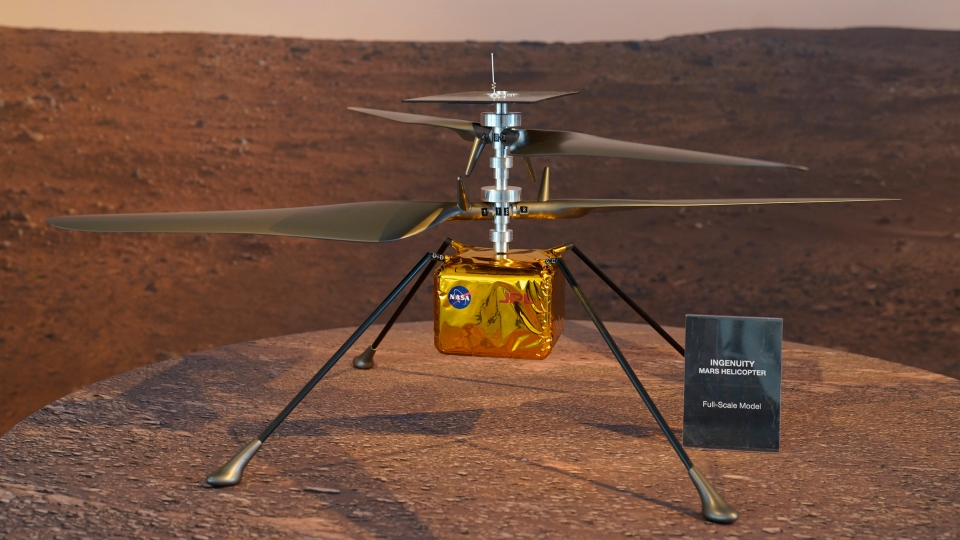 Using ‘Perseverance’, the famous rover on Mars, the helicopter was taken to a launch spot and successfully flew for less than a minute. This may not sound impressive but this is just the start of things to come, as this is the first ever controlled flight on another world.

It may seem confusing that we can’t control flights on Mars when we can on Earth. There is less gravity on Mars so surely it is easier for an aircraft to become airborne? The big problem is the density on the air around Mars. At only 1% of the density of air on Earth, the blades on the aircraft have very little to contact in order to lift the helicopter. At such a low density, the air has very, very few particles which is why Ingenuity had to be made so light and with a really high power at a max of 350 Watts – meaning the blades can turn at 2,500 revolutions per minute!

What about controlling the helicopter? On Earth, we can control drones in flight using radio signals from a hand-held control. That’s not so easy when we are 300 million km away (Preston is 34 km across). Instead they have to programme the route the helicopter takes in advance.

Finally, so that they know whether the helicopter is successful, a satellite on Mars relays the data back to earth.

More flights are already planned for Ingenuity.  How exciting to think where this will take us and what is out there for us to discover.