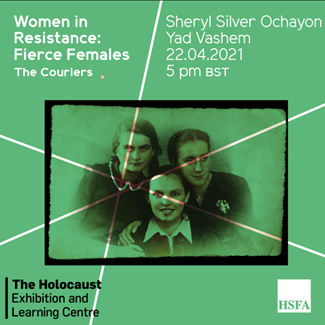 Since our return from lockdown, Year 9 students have been studying aspects of the Holocaust in their History lessons. After the Easter break, they will be joining an online talk delivered by the Holocaust Exhibition and Learning Centre at the University of Huddersfield. The speaker will be Sheryl Silver Ochayon from Yad Vashem, the World Holocaust Remembrance Centre in Jerusalem.

The talk will focus upon the role of women in the Holocaust, specifically the part they played in resistance – whether spiritual, cultural or armed. This is a story which has, until now, largely remained in the shadows. However, historians have now started to shine a light on female resistance and have begun to uncover many heroic stories of Jewish women resisting across Europe.

‘Women in Resistance: Fierce Females’ promises to be a fascinating talk which will further develop Year 9 students’ understanding of our current topic.