Last year, Caitlin’s research of her ancestor, Joseph Anderson MacPheat, who fought in the First World War, led to the unlikely discovery of his war knife in the north of Scotland. This was after Muriel Murray from the Castletown Heritage Society stumbled on her PGHS newsletter article from last November. Mr Dever has spent a considerable number of hours researching and documenting the story of the war knife, and has now interviewed all of the people involved, which included a visit to Castletown – a 9 hour drive from his home! You can read and hear the full extraordinary story here: https://matthewdever.co/a-war-knife 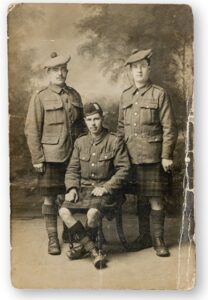 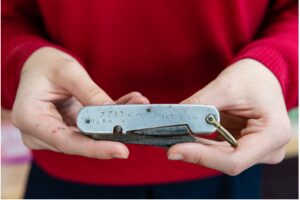